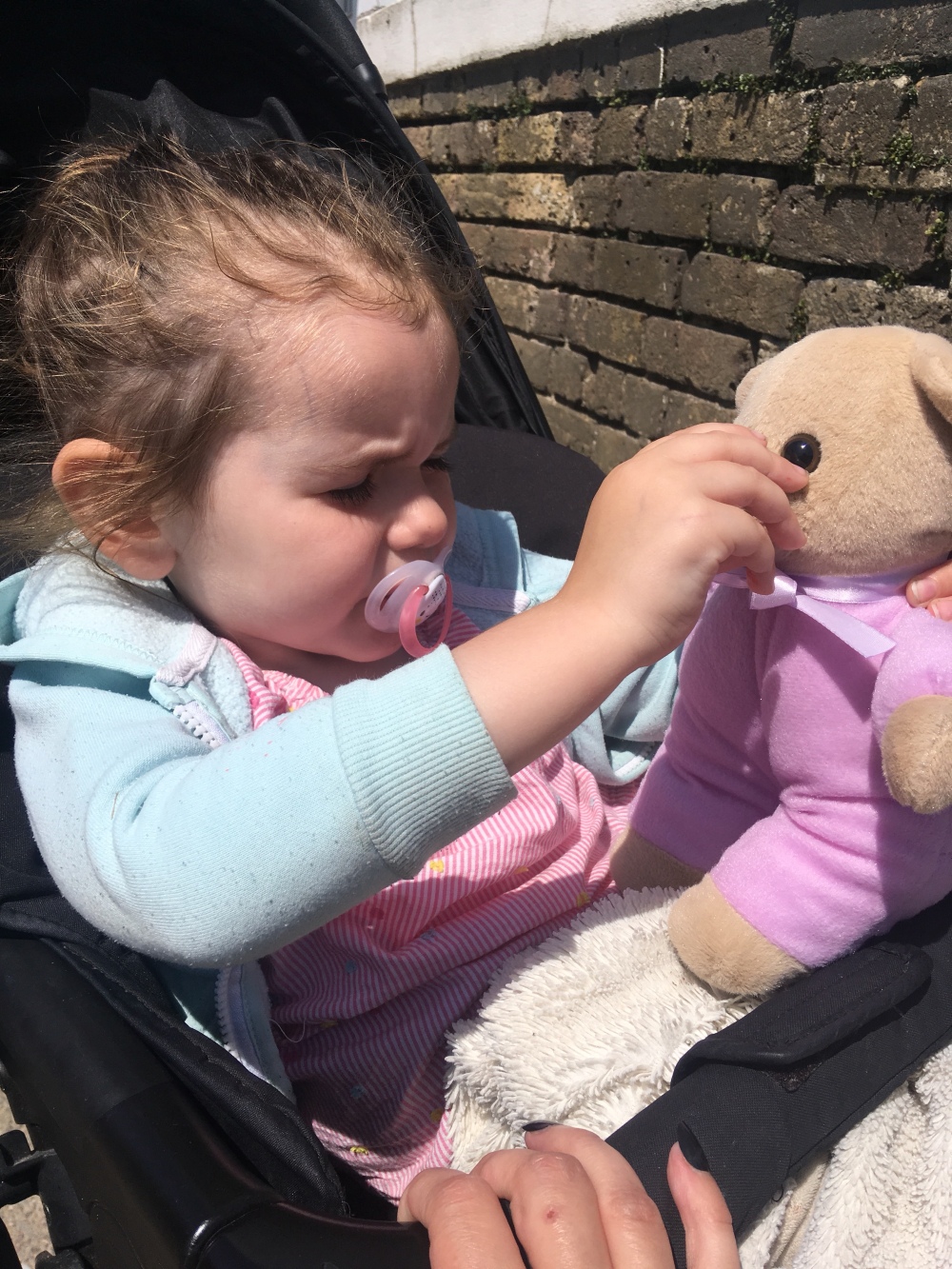 This is my second visit to a NHS hospital for a minor injury since Emily was born. Whilst it’s never ideal to end up in a walk-in or emergency unit of any kind, I’m thankful I’m not here more often. My child may think she’s GI Joe on occasion, but thankfully she’s not caused that much disruption to need any medical attention. This visit is all down to a bit of glass. A spec actually. Sam dropped something in the kitchen on Friday and cleaned the floor, hoovering up every trace of glass he could find in every crack and cranny, but somehow still a tiny piece, smaller than a millimetre ended up in the sole of Emily’s foot.

We didn’t notice anything admittedly for a day or so. She didn’t seem at all bothered until I noticed something in the bottom of her foot and tried to touch the area. Now begs the question, how does one get it out without causing World World 3?

The answer to that is, mummy or daddy can’t, but a trip to the walk-in minor injuries unit in Deal can.

So yesterday morning, that’s what we did. Unfortunately under the increasing pressure of our local GP surgery, trying to get a doctors appointment is nigh-on impossible in this day and age so the only option for something like this is a trip to the nearest walk-in centre which is in Deal. Whilst Herne Bay & Whitstable were also excellent options the GP operator said, the waiting time apparently was a lot quicker in Deal.

So I set off at 11.12 for our 18 minute train journey and 20 minute walk to Victoria Hospital, it took about 30 minutes until we were seen and what could only be described as carnage whilst Emily tried to karate kick the poor nurse who needed to examine her foot, decide the best option and prescribe the antidote on recovery after.

Now, I’ve said time and time again, those who work with children on any level and those who treat children deserve knighthoods at the highest degree and pay rises, because the patience you have to deal with it, I salute you.

This nurse was so gentle, calm and patient. So so patient, as Emily point-blank refused for her to touch her foot. Even though the nurse sang Baby Shark, Emily was hellbent that no one was touching her foot.

Emily got a little teddy in a purple jacket to say well done and she was rewarded with a big scoop of mint choc chip ice cream watching the waves on Deal pier, before we went home. Much quicker than A&E. The only downside was waiting for the train on the way home.

Thanks to the nurse at Victoria Hospital in Deal for being incredible.