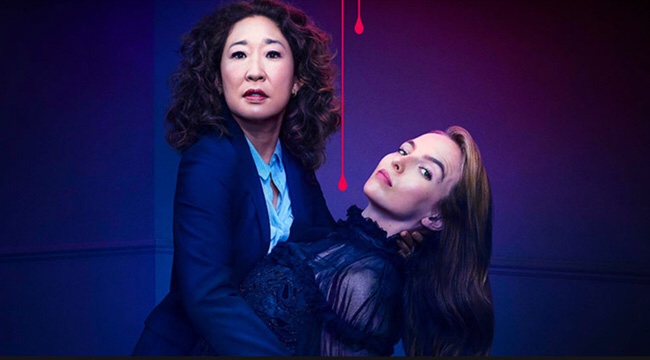 We had friends over last Saturday so watching Killing Eve premiering it’s second season was a little delayed for me. The British soy thriller television series staring two strong female leads – Hollywood actress Sandra Oh and English actress Jodie Comer – has been a talking point the last few months. Especially since America has been watching the second series before us!

Annoyingly the US got to see the jaw-dropping finale of the BACTA and Golden Globe Award-winning thriller a few weeks ago and now that BBC One have started showing it, I am so excited for what’s to come!

The cat-and-mouse game was brilliant first time round and this second season is sure to be just as good, although the team working on the series have mentioned this game could continue, but won’t give hints on how long for!

Producer Sally Woodward Gentle hinted to The Hollywood Reporter about a possible grisly end for Eve:

It is called Killing Eve, but also Eve is all women, so what does that mean? Who knows?

Who else is excited it’s back?