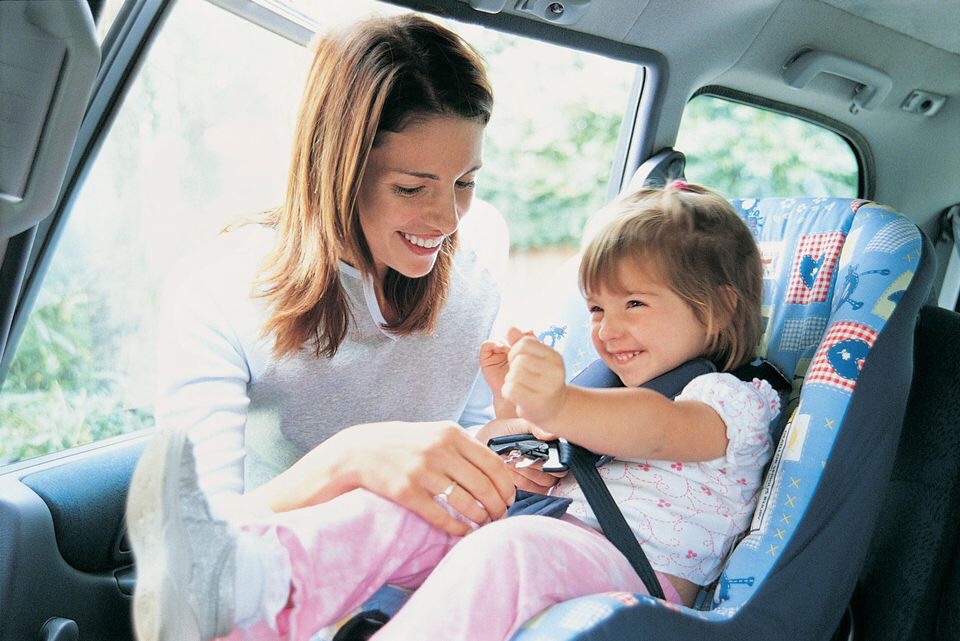 Emily starts nursery at 8 o’clock in the morning. Through pure laziness, and the current freezing cold temperatures, we get a cab to her nursery the two mornings a week that she attends. The other morning, we got into the cab, but this time instead of Emily being allowed to sit on my lap, I was informed by the cab driver, by law, she couldn’t sit on my lap anymore. Even though she’s under the age of three, she has to sit in her own seat, with a seat belt.

A few weeks ago a cab driver was pulled over. He was fined, the cab driver said, as was the mother and both were given a thorough warning about the dangers of a child similar age to Emily being on a parents lap instead of in their own seat.

So I looked further into this. There’s got to be a website or something, right? Of course there is, but like most, some state different facts to others. The cab driver wasn’t necessarily wrong, but his facts may have been based on a three year old, not a two year old.

According to the ROSPA, which is the owner of website http://www.childcarseats.org.uk under their “Cars, Taxi’s, Private Hire Vehicles, Vans and Goods Vehicles” page,

If a child car seat is not available in a licensed taxi or licensed private hire car, the child may travel and restrained in the rear. This is the only exception for children under the age of three years old. It was introduced for practical rather than safety reasons.

It is the drivers legal responsibility to ensure that the child is correctly restrained.

For children above the age of three years of age, or until they are either twelve years of age or 135cm tall, in the back seat of a car, children must use the correct restraint, where seat belts are fitted.

If you are using licensed taxis and minicabs a.k.a. private hire vehicles, if a child car seat is not available, children aged three years or older can travel in the rear wearing the adult seatbelt.

It’s all very confusing, as the very next day we went to nursery, the cabdriver this time insisted Emily had to be on my lap. I mentioned about the other cab driver, the day before, but this is cabdriver said because of Emily’s age she had to be on my lap. He did say it didn’t matter either way, but as there were only the two of us on the back, she could sit on my lap rather than by herself.

If you ever are to hire a taxi or private hired vehicle, I would state to the person you speak to on the phone when ordering, how old the child is. Thankfully it’s only the two of us in the morning, so I’m not worried about having enough seats with seat belts, but if you’re booking a large group, some may deny your access to that car without enough seats.

If of course you have a car seat, the above doesn’t apply to you.

Good thing to know, I must say!