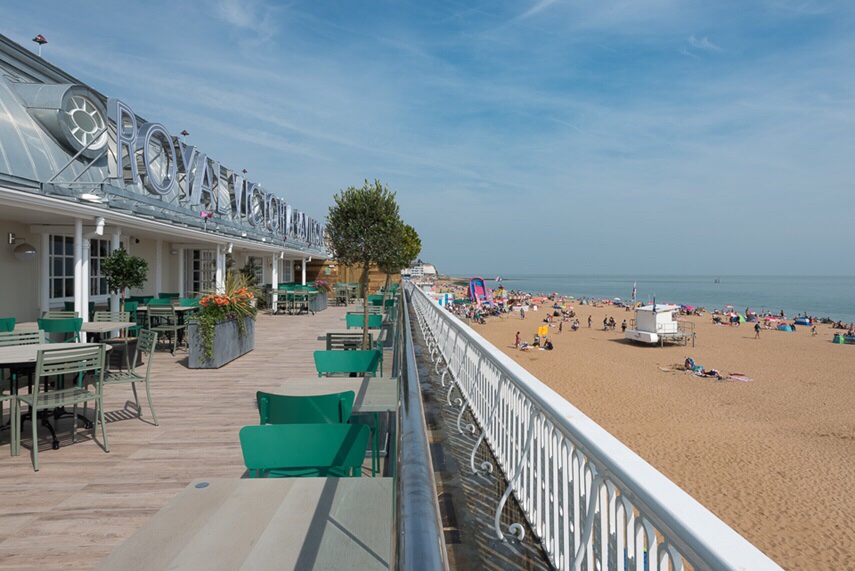 Since Wetherspoons announced they were coming to Ramsgate there has been plenty of views whether this is good or bad. Wetherspoons Ramsgate, you can’t fault it, it really does have something for everyone. Most of the groups on Facebook have someone at least once or twice a day complaining about Wetherspoons in Ramsgate. If it’s not destroying local businesses, it’s banning beloved dogs from being with their old man or the cocktails taste like Calpol according to The Sunday Times who visited back in October last year. Thing is, everyone is going to find a fault because everyone has their own opinion, but I think it’s great to have something else to bring to this great town. Unfortunately there’s so much being taken away due to the failing high street or being moved to the Westwood Shopping Centre up the road, but I think it’s great and hope it draws a tonne more tourism that this place deserves.

A couple of months ago, Emily and I met up with Clare and her daughter Scarlet and decided to go out for a bite to eat. Being lunchtime in Ramsgate it was already getting busy so we decided upon the new Wetherspoons overlooking the beach. It was ridiculously windy outside so usually popping by so close to the sea would be mad, but with the Wetherspoons striking example of seaside architecture, grade II listed building, with its 800 seats, occupying two-thirds of the pavilion’s 20,000 sq ft (1,858 sq m) interior, the £4.5m pub, now believed to be Britain’s biggest boozer, seemed like the ideal choice.

Most pubs whatever is on offer aren’t usually affordable. Most areas in London is expensive and depending where you’ll visit in Thanet, you’ll find that here too, especially if there is a view. With Whetherspoons you’ll pay a fair decent price for your pint and most of the other things on offer. It should be known though, most of the pubs in Thanet that sit gazing out at a stunning view have an expensive food and drinks list whatever you order, it’s all ridiculously expensive.

Whoever thought up buying this location, had thought well and I’m so pleased because we can enjoy our beautiful beach, sunset and more with drinks and food that won’t break the bank. The food is good value for its quick service, decent size, good selection and the views. There is that big balcony at the top that we’ll visit soon no doubt, especially now that summer is here. The staff are helpful, the service is quick, there’s an app that you can download to order food quicker and there are free refills on all coffee orders. 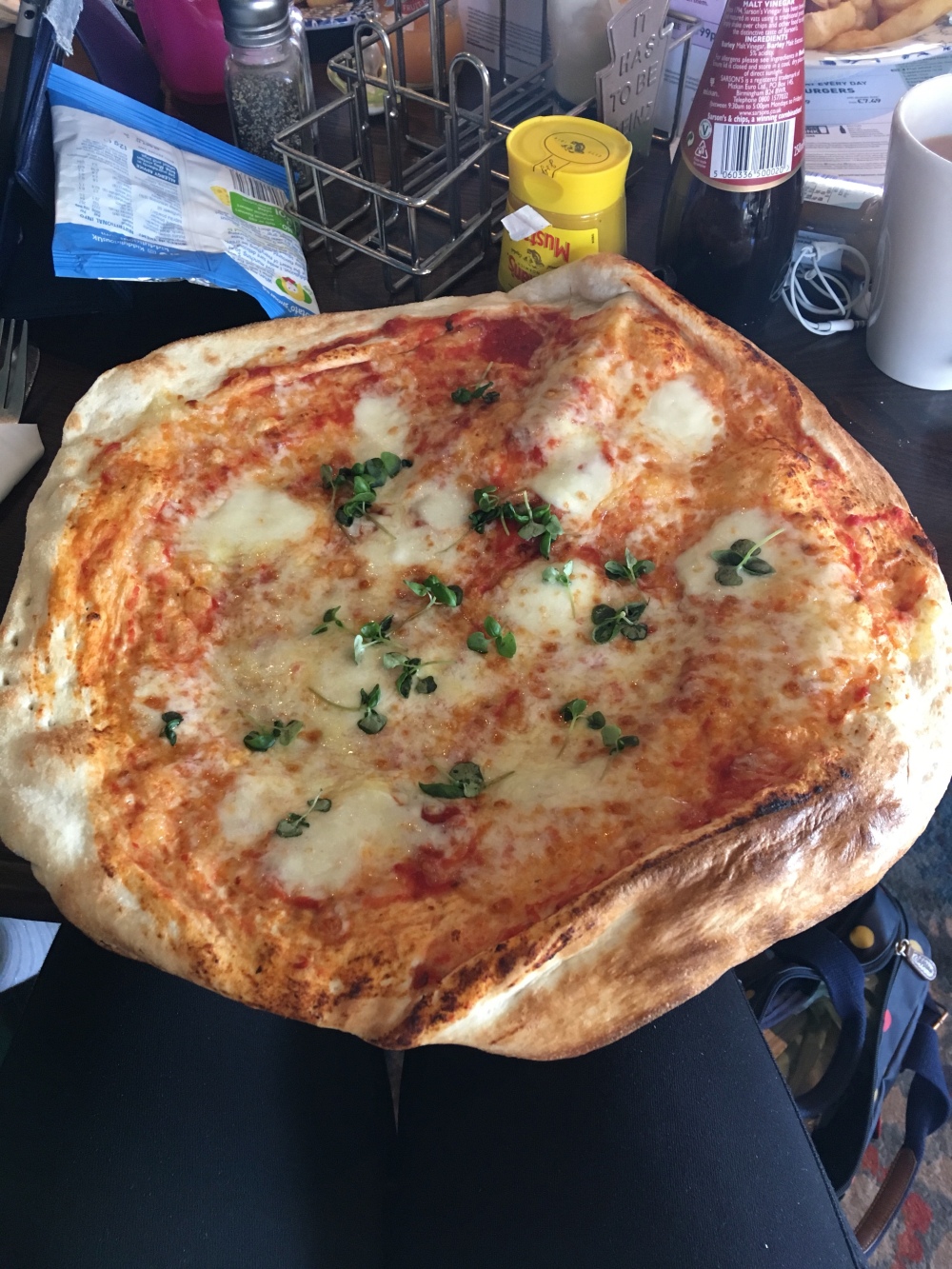 We weren’t looking for a big meal only something light to eat. But what we ordered surprised us in quantity as well as quality. I decided on a Classic Margherita, with a bowl of chips, but when it came out it was massive. I had to share with Emily and Scarlet. There was just too much on my plate for a light bite! And it tasted awesome. It cost so little and tasted great I wondered why this wasn’t more of a selling point for them, but I suppose that could be a worry for local Italian restaurants. The thing is, the pizza was great, I wouldn’t say it’s better than the rest of the Italian restaurants in Ramsgate, Thanet and afar, but it was good, especially for that value, especially for people who are going for something to eat on the cheap, with their friends, and/or their family.

Now that summer is here, we’ll be going to the beach a little more, and hopefully try out Whetherspoons more. I want to see more of what this place can offer especially in the summer. I’ve been here on a few occasions since with friends and am yet to try out other things that are on offer but I think having this pub here is what this town needs. I don’t think it’s affecting local business, but that’s my opinion. I think they’ve don’t great with the venue and hope it delivers on the tourism side.