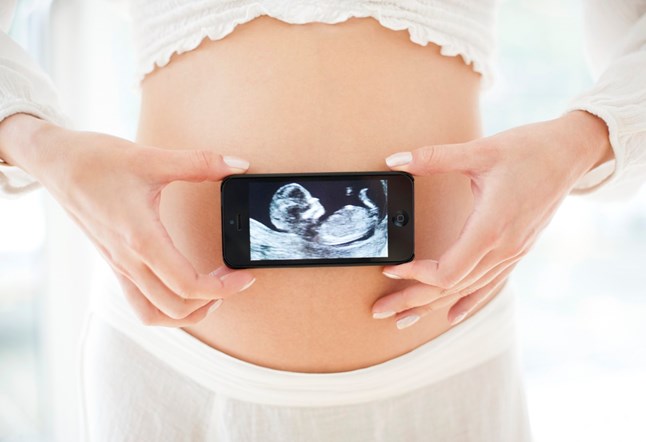 When I was pregnant I had about 8 scans, all through the NHS, none of them paid as extra services like some people do. But even though I didn’t pay for scans as extra services that I needed, I still had what’s known as Scanxiety. The phenomenon is dubbed ‘Scanxiety’, with 36 per cent of women having them admitting ‘feeling anxious about my baby’ [source: Daily Mail]. I not only had to go for scans to find out how Emily was doing, I also had to go often because of a rising concern with her health, my health and just about anything else the NHS thought could be happening in my bump. Because of this, I was considered as high risk. Each time adding more nerves, more feelings of nausea and worry, the exact stuff you need whilst pregnant. But whilst I panicked about what was going on inside my bump, my scanxiety was nowhere near the levels that some expectant mothers go through.

“MUMS-to-be are suffering from scanxiety – and are splashing millions of pounds on unnecessary antenatal scans during their pregnancy, a study has found.”

Some mums would do anything to constantly check-in on their babies. Private scans have been on the rise in the past 10 years. According to a study of 2,000 women, the phenomenon of pregnant women paying for extra private scans is on the rise. Almost a third paid for scans during pregnancy, with 36% citing anxiety as a reason. The NHS offers routine scans at 12 and 20 weeks, although more may be given for medical reasons. “For the last 20 years, it’s been quite common for women to access private facilities for scans,” says Dr Christoph Lees, a consultant in foetal and maternal medicine and obstetrics and a spokesman for the Royal College of Obstetricians and Gynaecologists. “Sometimes it’s simply for reassurance, or because they don’t feel they’re getting sufficient scans on the NHS. Sometimes they’re accessing a service that isn’t routinely provided, such as 3D and 4D scans. Many are what you might call souvenir scans” [source: The Guardian].

Some of my friends really went out of their way to pay more and more money to get a further glimpse of their little ones floating inside their bump. Whilst the whole notion of seeing your baby all happy and healthy, I do think there should be a limit of how many times you expose your unborn child to scans. I had a scan at one visit and the nurse decided to flag up worry that Emily was showing up smaller in some areas and larger in others, putting pressure on me that I could be endangering her with the amount of sugar that was in my diet. Only for that to be false and Emily was just lying in a different position. The NHS recommends that all pregnant women should have a scan at 12 and 20 weeks and unless there are medical reasons, pregnant women shouldn’t worry themselves more by having more and more scans and should stop exposing their unborn babies to unnecessary radioactive waves.