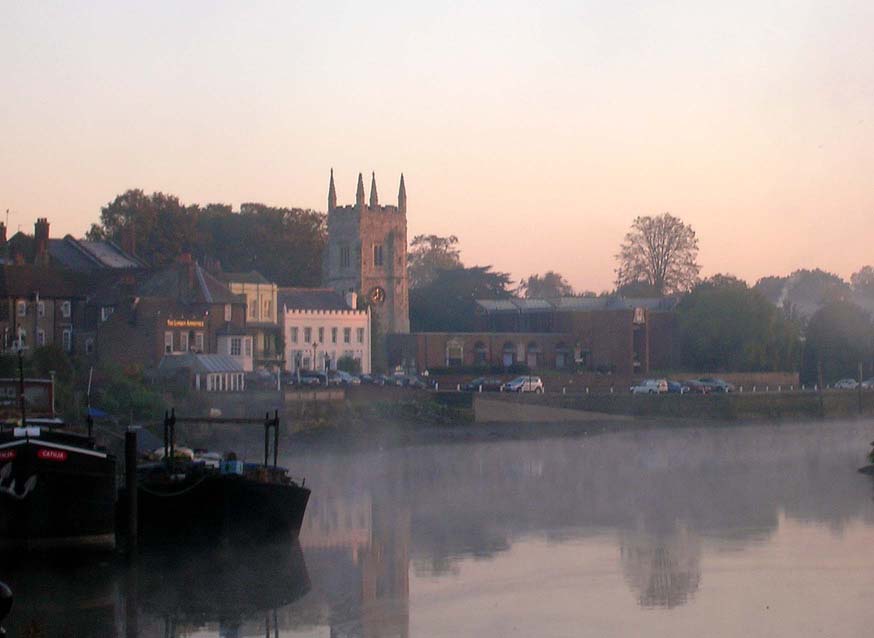 There was a lot of excitement a couple of weeks ago when we visited my family in Isleworth, South West London, 108.7 miles away from home in Ramsgate, Kent. We didn’t tell friends, it wasn’t anything personal it was just that we had so much planned with my family that trying to make plans to squeeze in any friends just wouldn’t have happened and it was my grandparents 60th wedding anniversary, so it was also a bit of a surprise. We spent a lot of time preparing for the trip. The last time I was up in Isleworth was last August when I was pregnant and that was only for a few days so this was definitely something special for all of us. Isleworth is my hometown, I grew up here from the age of 4 and it’s always been home even though I’ve lived all over London, but when I moved to Ramsgate with Sam, that was a pretty big step being so far away from my family. I was going into the unknown, waving goodbye to the hustle and bustle of South East London and into the quiet country-ish bumbkin life in the South East. Travelling up by train was a worry but thankfully it wasn’t bad like the horrors I made out in my overactive imagination at night. Emily thoroughly enjoyed the train journey up to Kings Cross St Pancras (minus her ears popping at Stratford Intl) and was intrigued by the craziness of it all on the London Underground.

I was concerned how Emily would take everything in but nothing seemed to faze her. In Ramsgate life is quiet, a little slower than the fast pace of London and people say hi to each other, but either know everything about you or nothing at all. In Isleworth, my mum, grandparents and one of my aunt’s lives within a 5 minute walk of each other. Here in Ramsgate, the closest of Sam’s family is a cousin who lives a 15 minute walk away, a brother and his family in Maidstone and the other with his family in Bristol. All a fair distance away, especially if you don’t drive!

We had a good hotel for the 4 nights that we were staying and we were a few minutes away from the Piccadilly line for Sam to get to work and within a 20 minute walk to my mum’s house. It was great being back home again but it’s fair to say I don’t really miss it. I’ve always loved Isleworth, it’s been my home for 27 years even when I lived in London my mum is in the same house that she bought with my dad back in 1989 when I was 4 years’ old. But Isleworth has changed and I’m not sure if it’s for the better. Sorry to all my friend’s who live there, it might be because of the lifestyle I’m accustomed to here at the seaside but Isleworth, SW London is so noisy, I mean it was before, but is there more traffic that before? I can’t believe how many buildings have been built, knocked down or taken over by some other company ready to take that plot of land and turn it into something else.

Emily will only know Isleworth and London like this now. Gone are the days when there was green space to play around in, it’s all about how much money can be invested, property that can be bought, how close to London or Heathrow and whatnot. I suppose what comes with living in an area that once was of interest to no one unless you grew up there is that it’s an area with great schools, property prices currently are semi-affordable and you can commute to London within 45 minutes by overground, underground or bus for an extra 40-120 minutes.

Isleworth, like a few places in London still has it’s hidden gems and I hope the community doesn’t let greed take it away. Syon Park is beautiful, same with the walk from Old Isleworth through to Richmond along the river, popping in to The London Apprentice, The Town Wharf and The Swan before reaching Richmond Upon Thames. My family have talked about where Isleworth will go from here. Hopefully there isn’t more property taking over each corner of the grid and all these extra schools being built won’t turn the area into a mini China. Space management software company, CloudBooking, analysed data from the University of the West of England to produce the figures in 2016 and found that  London is now 18 times more overcrowded than the rest of the UK. There are a total of 4,726 people cramming into every square kilometre of the capital. That’s compared to an average of 257 people per square kilometre across the country as a whole . Hopefully Isleworth doesn’t become too overcrowded and loses its beauty and charm.