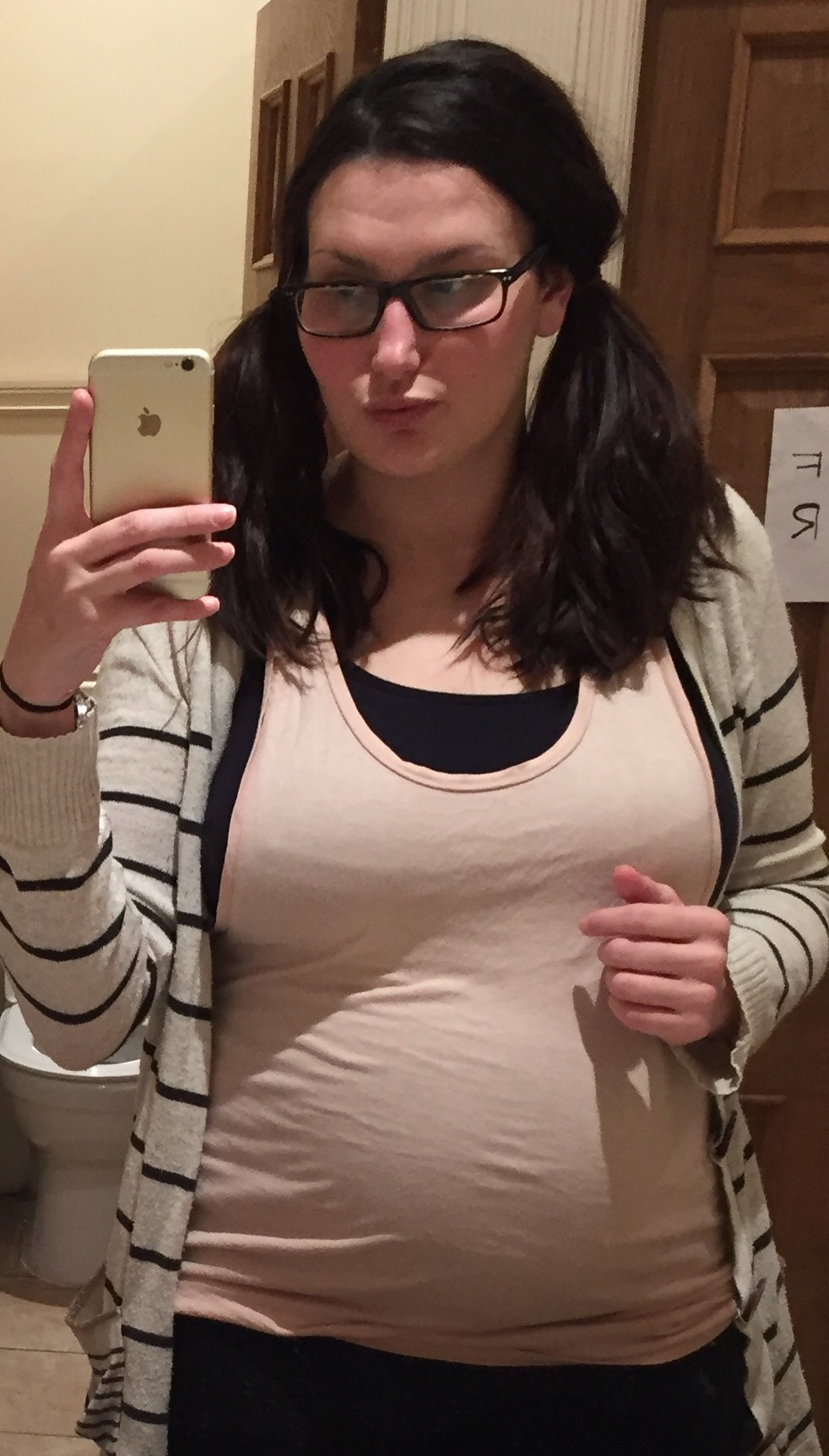 3 times in the past 2 weeks a random person has made a comment referring to my tummy. I gave birth a month ago and whilst I’ve always been a slim person, I still put on 4 stone in my pregnancy. After birth I lost 8lbs and within a week I lost just over a stone but I had just given birth so it was natural to lose some weight. The first 2 weeks following Emily’s birth I couldn’t give two shits about my weight but in the last 2 weeks, a few people have commented about my tummy, one of which, although possibly not intentionally a former colleague at work made a joke about my ‘bump’ which any new mother unless super skinny will know sticks around for a while until your body goes back to its former self. It doesn’t bother me that I have a tummy but it does bother me how mean people can be.

Body image is confusing after birth. Not only are there a mixed bag of emotions, your body goes through a lot of change in a space of a few weeks. You get a weird period to make up for the one you’ve missed for 9 months that follows the aftermath ‘period’ that’s not a period but the cleanse thing our bodies do. All whilst your hormones play havoc on your body, your boobs can’t decide if you’re milking like a cow or hardening up just to annoy you, and your weight slowly filters away. Body image has always been an issue for women whether you love your body or not, there’s been a time in your life when someone has made a comment, good or bad about your weight and the media definitely doesn’t help with the constant articles about diets, this woman is too skinny or this woman is too fat, there never seems to be a happy medium.

Unfortunately the media doesn’t give up with the unrealistic perceptions of how women “should” look after having a baby and can been mean about the way we should look. The reality is, all women fair differently during pregnancy. My sister, whilst pregnant with my niece put very little weight on. Her bump was just a bump. Being a petite size 8, she didn’t have to buy maternity clothes, could stick to the same outfits and after Mya was born on Christmas Eve, Fran came out of the hospital the next day with the tiniest of tummies. Whilst I on the other hand being taller and having a different figure to Fran was the opposite, although underweight at the time of finding out I was pregnant, my boobs got bigger, I instantly put on weight (4 stone) and my back took a beating. No two women are the same during pregnancy. Thankfully there’s no pressure from midwives, doctors and Sam/your partner to lose weight and there shouldn’t be. Instead of focusing on your weight, I wholeheartedly believe you should be concentrating on your baby and keeping both of you healthy. It’s difficult to find the time to eat but eating a nutritionally balanced diet as well as keeping physically active whilst looking after your baby is important. If you’re nursing your baby you’re recommended to eat 3,000 calories. But it’s difficult to even remember to eat, after all if baby cries for food, that’s more important than you eating, right? Well yes and no. Your partner or any help you get should be helping to make sure you stick to a diet, whatever it is to make sure you both are getting everything in your diet to make sure you’re both on track. If you’re both sick it’s not good for either of you. Healthy bodies, healthy minds, a healthy future for your child.

Huffington Post reported back in 2014 that women are under too much pressure to lose weight:

The Royal College of Midwives said that the pressure put on new mothers to lose weight after their birth of their babies can result in them feeling “failure and shame”. The comments come after a new report on body image in pregnancy, published by the Government Equalities Office, called on healthcare workers to support women’s body image during pregnancy and the months after childbirth.

The report emphasises the importance of early attachment between mothers and their babies, adding: “Mothers who are preoccupied with eating and body image problems can inadvertently behave in ways that shape bonding and attachment patterns in damaging ways.”

Personally I say be proud of your body, you’ve earned your stripes, love the body that grew the most amazing gift and ignore those who say differently, they don’t know the journey you’ve been through, how amazingly well you’ve done, sod them. Granted, like any woman I do have days when I get out of the shower and look in the mirror and think back to the time when my tummy was a little flatter but the weight will fall off soon, I’m not in a rush at the moment. I walk a lot and no doubt I’ll be running around after Emily when she starts crawling in months to come. Sam loves my body. I carried his daughter into the world. He’s seen what my body has been through during pregnancy and birth and doesn’t, thankfully, expect my tummy to ping back into it’s original form. It’s just a shame that the world makes people believe that women should be Wonder Woman and lose weight instantly, as if new mothers don’t have enough on their plate to now worry about what others think and say. If you are one of those who’ve expressed your opinion, do me a favour, have a word with yourself.