Our arrival home after her birth was that of a slight panicked one. Sam had to shoot off to Tesco to buy some new babygro’s. When Emily was in my bump, my doctors banged on for ages that she’d be a big baby. “She’ll be at least 8lbs” they said, “make sure you stock up on bigger clothes, just in case” they said. Everyone that I bumped into, or who tried and failed giving a compliment or the regulars at the pub would say how big she’d be when she arrives- all offering their expert opinion on bump measurements. So, like any normal mum-to-be, you buy clothes that are going to fit- in this instance, up to 1m and 0-3 months. So when Emily did show, arriving at 6lbs 9oz’, to say we were shocked is a bit of an understatement – nothing fit her.  She looked so tiny in everything she wore. 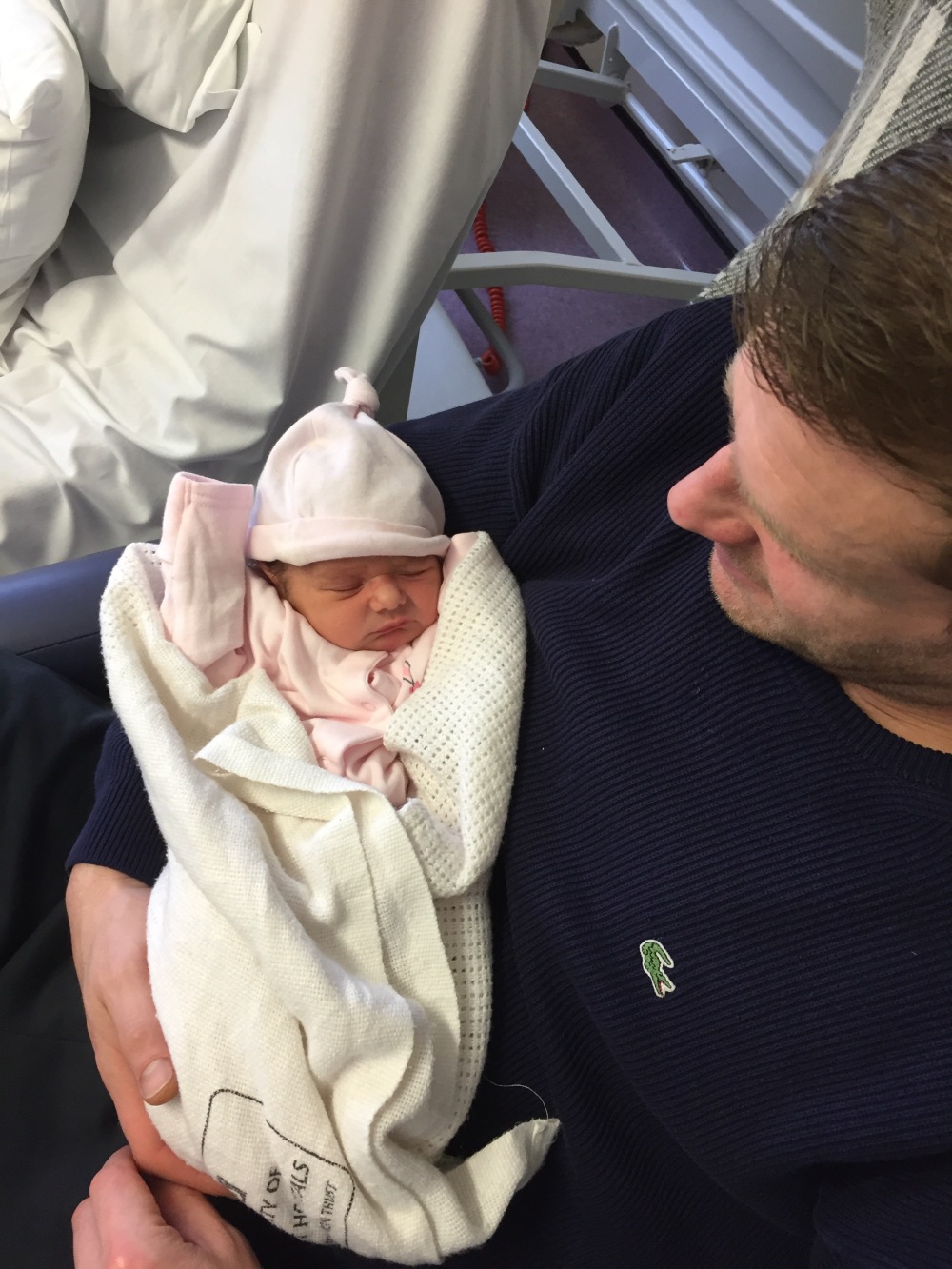 Now I love babygro’s, they’re awesome. You can get so many different styles, versions, patterns and for all ages (if you’re over 12yo, no you don’t look cute in one). ﻿ At this moment in time, she’s too little to go into any of her dresses and cute outfits, which is a blessing in disguise in this cold weather. But whilst we wait for Emily to grow, she wears babygro’s, little sletpsuits that she looks adorable in. They are sensible and practical at this age. My only downside is those bloody poppers. Wow, argh, they annoy me. ﻿

Poppers on babygro’s create problems especially if your child isn’t one to comply with the rules of getting dressed. Emily is not a fan of stretching her legs or relaxing her arms away from her face the best of times so trying to get her in a babygro snugly is pretty impossible. It takes a bit of effort and time. I don’t understand why the arms on babygro’s are so long, do the average baby have ridiculously long arms and Emily is just abnormally small?

I shouldn’t really complain as she looks as cute as a button in them and she’s like a little teddy all wrapped up but if you’re already a mummy you will know what I mean. A woman told me the other day it was ridiculous that I dressed my daughter up in what some would classify as PJ’s but she’s a 20 day old baby, what else would I dress her up in? Saying that her daughter, probably aged 3 months or so looked like an advert for Adidas. I personally don’t see the point of dressing my baby up for show at this early age. It’s also winter and ridiculously cold outside. Her being wrapped up head to toe underneath her blanket inside her cosytoes is more important than looking ready for a beauty contest. Is that just me?!

Anyway, my point is, is that babygro’s as snug and cute and warm they are for our baby’s, should have better access for our baby’s to fit into. I don’t need lots of poppers at the top by her neck or ten poppers by her arms, I need easy access so I don’t have a crying baby unimpressed with this part of the day. Thankfully the poppers at their bottom is just right, easy access for all those nappy changing moments.