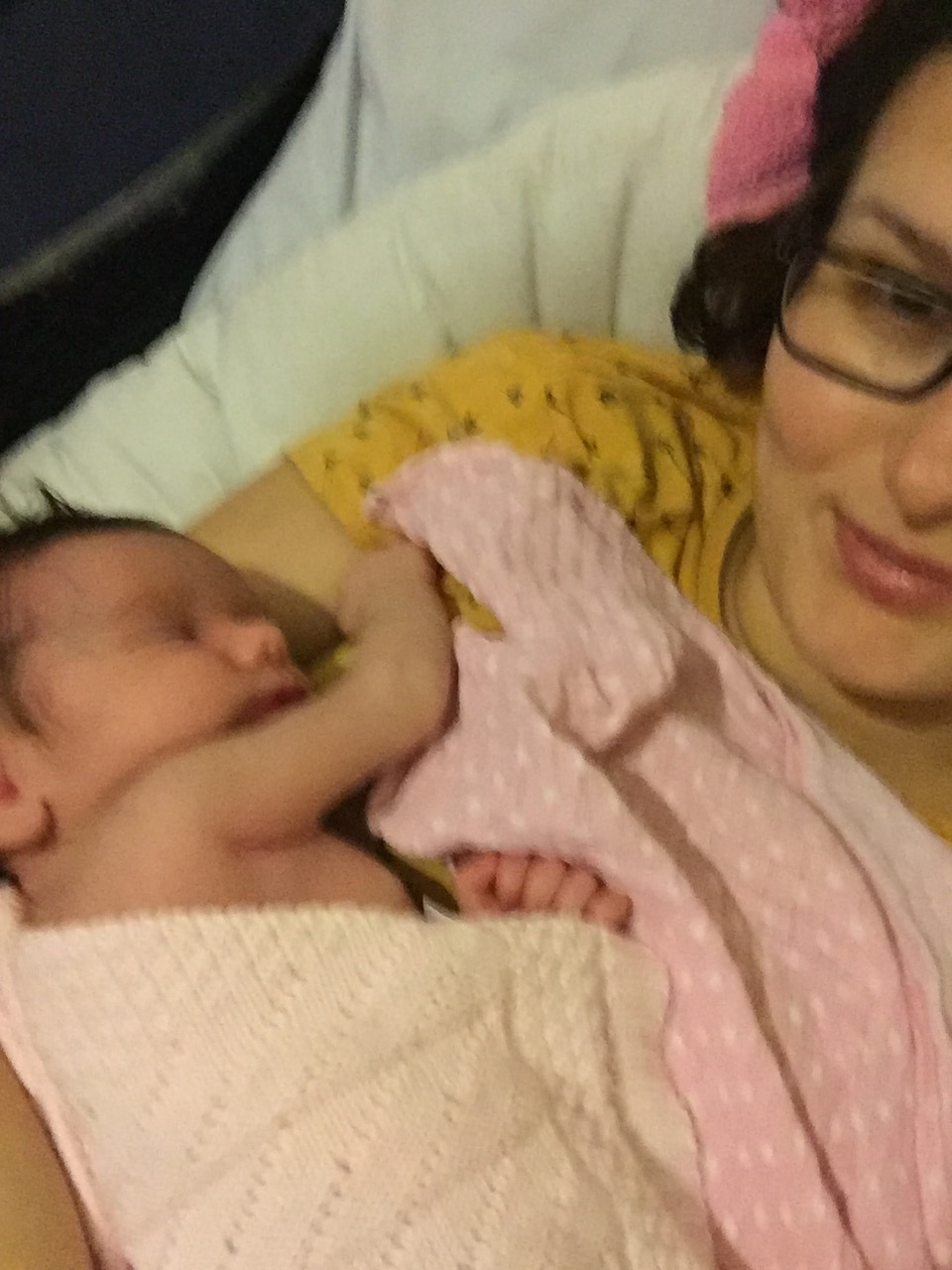 ﻿
﻿A couple of nights this past week, Emily has, after taking her bottle done this awful noise that sounds like she’s choking. It’s horrendous and scares the absolute shit out of me. The first time I freaked out, I was downstairs and she appeared for a moment to stop breathing, but this could have been me, panicking so much that that moment appeared longer than it was. The second time, we had just put her to bed and she sounded like she was choking in her sleep. I freaked out again. Sam picked her up, calmed her down, calmed me down and held her and she was fine. Since then it’s been a bit of a nightly routine but whilst Sam sleeps in slumberland next to me, each time she does it, I can’t face putting her to bed, I just rather have her on me, with her forever funny nighttime facial expressions, kicking feet and little sounds she makes just in case something happens. It’s that mother thing we do. That and panic like a crazy person.

When babies feed they often bring up milk during or shortly after feeding and it’s commonly known as reflux. My cousin’s daughter had it terribly when she was little (she’s 3 months old now) and it’s not only scary AF to witness it makes you sick with worry. She’s not vomiting, but there is air there somewhere that’s not agreeing with what she’s swallowed. Although it’s been assured that it will most definitely pass by the time she’s a year old, hearing you child sound like she’s choking or struggling to breathe is a worry for any parent.

Signs to look out for:

After panicking like a madwoman at 3am, I spoke to my midwife about it who assured me that there isn’t a cause for concern and she doesn’t need medical advice, Emily is happy and healthy and has been putting on weight since I decided she’d go from breastfeeding to formula. Thankfully it’s not a major concern at this age (under 6 months) although it does worry you, the NHS website says, “if it happens to start after six months of age, continues beyond one year, or your baby has any of the following problems:

These can be signs of an underlying cause and may mean your baby needs tests and treatment.”

﻿Emily is tiny, at 2 weeks old I get that certain parts of her little body is still developing and her food pipe might not be fully developed yet but still, whatever age, it’s horrible to witness and really quite scary. The midwife has said it can sometimes be a sign that babies have more serious problems like a blockage or are allergic to cows milk, but your doctor will inform you if it is on request. One particular night this week, even with my eyes falling out the back of my head, I couldn’t sleep having to hold her to keep an eye on her tiny chest in total fear she’d stop breathing. So, like bump life, this time in the morning massaging my bump, we sit downstairs with CSI on except this time Emily is outside rather than inside, dummy in the mouth super chilled as The Who’s Who Are You soothing her in the background. Thankfully I have another midwife appointment in the morning and for the millionth time I can and will be assured everything is fine and I’m just worrying for nothing but I’d rather be safe than sorry.